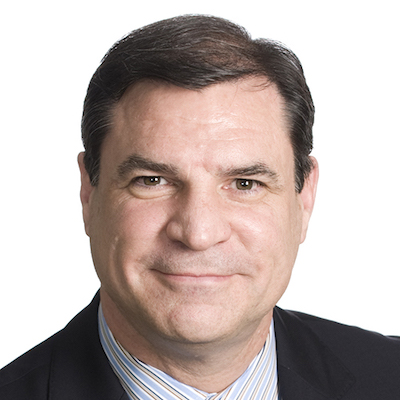 Data centres have become an increasingly important part of the Canadian commercial real estate market and the country’s economy, but the sector faces expansion challenges in the country’s largest markets.

Toronto and Montreal are Canada’s two largest data centre markets and Cushman & Wakefield recently published updates on the growth and the current environment in both cities.

“Our biggest challenge in both markets is finding available land sites,” Cushman & Wakefield Global Data Centre Advisory Group vice-chairman Randy Borron told RENX. “If you did a search for 20 acres in either market right now, you would find nothing available for sale.

“The ideal scenario for operators, builders and developers of data centres is to go into a market and find a site for an initial build with land for at least one, two or three more spaces of development going forward instead of buying extra land. They have it serviced, they have it zoned and it can be entitled very quickly so they can start building for their clients.

“But in the larger markets of North America, Europe and everywhere, the logistics industry has exploded and taken up a lot of that serviced land. It’s creating a lot of challenges for us and our industry.”

Toronto has 228 megawatts of built data centre inventory and 44 megawatts in its development pipeline, making it the largest Canadian market by a significant margin. The city had 16 megawatts of absorption in the second half of 2021 and Q4 was the strongest since Q1 2020, tightening the overall vacancy rate to six per cent.

Toronto’s industrial vacancy rate is just 0.7 per cent and land prices are escalating sharply. When an available site comes to market, competition often forces successful bidders to close in 30 to 60 days with few or no conditions.

“The good news is Equinix has capacity both downtown and in Brampton,” said Borron. “Digital Realty is expanding its Vaughan facility. STACK is completing its new four-megawatt, Phase 1 site just east of downtown and Phase 2 will be 48 megawatts.”

There have been several other recent moves that have impacted, or will impact, the Toronto data centre market.

– Zayo launched its Shielded Internet Access product in Toronto, which will allow clients to bundle their Internet, security and direct access to the cloud. The fibre provider also announced another 140 kilometres of new routes coming to the Greater Toronto Area (GTA) by the end of this year;

– Hut 8 acquired the operations of the TeraGo data centre portfolio across Canada, with two locations in Toronto;

Borron said the majority of absorption over the past five years in Toronto has been pre-leasing of sites that are in the early stages of development or construction.

“We have been very successful over the last few years in acquiring large sites with 50-plus megawatts of power. The vast majority of this has been through the acquisition of off-market properties,” he explained. “We are seeing this in many other large global data centre markets.

“This is forcing data centre developers to plan much farther in advance for developments and also consider acquiring sites that may not be ready for development for years and have other buildings and tenants with mid- to long-term leases in place.”

Borron expects the data centre vacancy rate may increase in the short term due to new construction, but additional capacity will need to be added to the pipeline to prevent shortages if demand stays consistent.

The Ontario Global Adjustment Program allows operators to reduce kilowatt-hour costs through peak load shedding and enables data centres to reduce power costs for the year to the range of four cents per kilowatt-hour, according to Borron.

That’s similar to Montreal, which has leveraged low power costs as a major advantage in attracting data centres and other companies.

Montreal has 126 megawatts of built data centre inventory and 51 megawatts in its development pipeline.

The city made continued progress in the second half of 2021, with eight megawatts of absorption to equal its first-half activity. Despite slower take-up than many larger markets, the total is the highest in several years and has tightened vacancy to a still relatively high 14 per cent.

“Some companies are reluctant to locate some or all of their data centre requirements to Montreal due to language, cultural or legal reasons,” said Borron.

Montreal has less constricted land and industrial markets than Toronto, making it easier to enter, and its cheaper power from sustainable sources also makes it attractive.

Data centre operators in Quebec are largely sheltered from the recent increases in gas and oil prices due to the province’s large hydroelectric capacity.

Increased interest in Montreal from hyperscale operators is expected, as many have carbon-neutral pledges to fulfill before 2030 and the local hydroelectric power assists in achieving that goal.

However, Quebec has seen significant demand from industries with large power requirements. This has resulted in power constraints or lengthy timelines in some areas for power to be delivered. New entrants to Quebec should be aware of this constraint and plan timelines accordingly.

“Montreal has done an excellent job getting the word out on their green, low-cost power,” said Borron, who pointed out this has caught the attention of crypto miners, battery plants, hydrogen cell producers and others.

“The demand outpaced what Hydro-Québec planned and they are now increasing investment in distribution and substations to meet the new demand levels. This unfortunately is creating a barrier to entry.”

There’s been some recent activity in the Montreal data centre market and more is expected.

Borron said Amazon is building a data centre on Montreal’s South Shore and Google owns a site which it will eventually develop.

“Many sites have room for expansion and building of additional phases,” said Borron.

“Some providers have struggled to lease their space, which can be due to the location of the site relative to competition or even, in some cases, a provider refusing to do smaller deals and wanting to reserve space for a larger user.”

QScale has suggested a Montreal campus may be coming soon after an initial build in Quebec City, which is attracting interest partly due to available sites and power, natural cooling and inexpensive power costs.

“Montreal still has a strong pipeline for new data centre builds and expansion capacity, but the market continues to tighten,” said Borron.

“Demand for land and industrial buildings is consistently outpacing supply, which will likely make it more difficult and expensive for new entrants in the future.”

BentallGreenOak closed on a 218,486-square-foot downtown office and data centre building for $74 million last August. Longtime owner IBM elected to stay on in a sale-leaseback scenario.

Financial institutions and telecom firms are most commonly involved in sale-leaseback transactions, according to Borron.

“Sale-leasebacks are common in the industry; however we have not seen a large number in the Canadian market. There is currently a significant amount of capital seeking out data centre assets to diversify or expand investment portfolios for either growth or diversification.

“The data centre asset class really distinguished itself as a stable and high-growth asset, particularly since the pandemic hit. It is expected that we will see additional sale-leasebacks come to market in 2022 and in the coming years.

“Enterprise companies who build data centres are looking to exit their data centres. Migration to the cloud has been disruptive in their ability to fully utilize these sites and future major refresh costs create challenges.

“We are working with several companies that are working on their exit strategies from these assets. They are looking to balance their declining utilization and get sale proceeds to fund other digital transformation initiatives.”

Nicholas Sokic Commercial Vantage Quebec Mar. 18 2022
Steve McLean Business reporter
Steve is a veteran writer, reporter, editor and communications specialist whose work has appeared in a wide variety of print and online outlets. He’s the author of the book Hot Canadian Bands and has taught reporting to college students. He is based in Toronto.