Seeds of change planted by Metro Vancouver’s planning strategy eight years ago are growing into s... 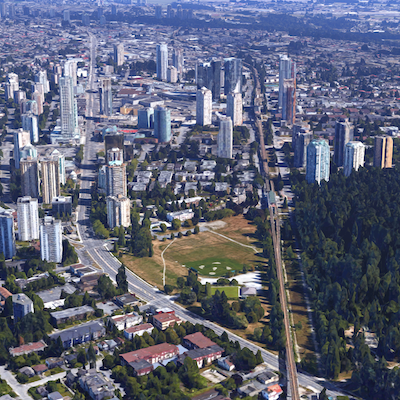 Seeds of change planted by Metro Vancouver’s planning strategy eight years ago are growing into standalone cities within the city, says a new report from Avison Young.

New towering urban enclaves are taking root throughout the city in hubs such as Vancouver’s Oakridge neighbourhood; Brentwood, Lougheed and Metrotown town centres in Burnaby; and nearly a dozen other once-suburban areas around the region.

The report, called Future Forward, shows how former regional shopping centres and transit-oriented sites are being redeveloped into mixed-use communities housing thousands of residents and offering clusters of amenities including shopping, entertainment and hospitality as well as new office space.

“We’re just starting to see the fruition of planning efforts from almost a decade ago,” said Andrew Petrozzi, a co-author of the report and Avison Young’s research practice leader and principal.

“The actual practical starting point (was) the adoption of Metro Vancouver’s Regional Growth Strategy (RGS) in 2011,” he told RENX.

Metro Vancouver, representing the region’s federation of 21 municipalities, used the RGS to lay out future plans for development. City planners and stakeholders decided to focus on urban centre locations and areas connected to major transit stations on the SkyTrain and Canada Line networks.

“They provided direction to the municipalities, but also to developers and investors, where high-density growth could occur in our land-constrained market,” Petrozzi said.

Once the municipalities adjusted their own zonings and plans for the hubs, investors and builders didn’t waste any time buying up land and under-developed assets in regional town centres at Surrey Central, Burnaby’s Brentwood town centre, Richmond Centre, Vancouver’s Marine Gateway and Oakridge neighbourhoods — among others.

Dramatic changes in those neighbourhoods are well underway. Dozens of towers, some 60 storeys or higher, are either being built or planned in formerly-low density residential areas.

Change has been perhaps the most dramatic at Burnaby’s Brentwood neighbourhood. Nearly 30 residential and commercial towers are either underway or in planning stages at four major development complexes, according to the report.

If fully realized, the projects will add more than 13,000 homes and 3.86 million square feet of retail and office space during the next decade.

“The sheer volume and scope of development in Burnaby at Lougheed, Brentwood, Edmonds and . . . Metrotown is astonishing,” Petrozzi said.

The transformation at Oakridge in Vancouver will also be remarkable. There, another 16 or more towers are being planned. They’ll comprise one million square feet of retail space, 450,000 square feet of office space and more than 5,000 homes. 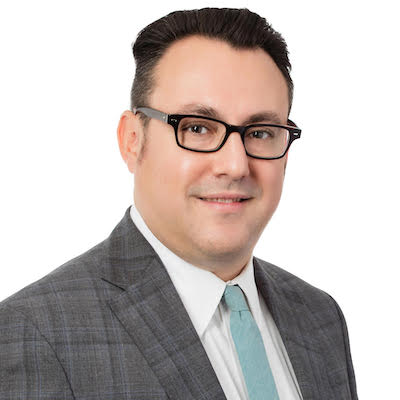 “It’s such a significant scale and will really stand out because it’s basically surrounded by low-rise residential,” he said. “(Oakridge) will literally look like a city arising out of the ground.”

One of the key strategies of the RGS was to replace large tracts of existing surface parking wrapped around suburban shopping centres with towers.

“It changed the way developers and investors started looking at these large retail assets,” Petrozzi said.

The development of urban enclaves in North American cities is not unique to Vancouver, but Vancouver is doing it in a big way, for a relatively small city.

“In larger cities like a New York, you’re getting (the development of) cities within cities,” Petrozzi said. “What’s unique about Vancouver is we are a land-constrained market and . . . the scale of these developments and the (large) number of them are occurring in a very small geographic area.”

The ultimate goal of this type of city planning is to make Vancouver more livable as it searches for a way to welcome a million additional residents over the next 20 years.

“People’s expectations of how and where they live in Metro Vancouver is going to change,” he said.

In the coming decade, people will, or should be, more willing to live in towers, but they should expect more at their doorstep in return: retail, hospitality, entertainment, parks, community centres, medical, transit — and maybe even your workplace, Petrozzi said.

* Oxford, CPPIB build The Stack, Vancouver’s office of the future