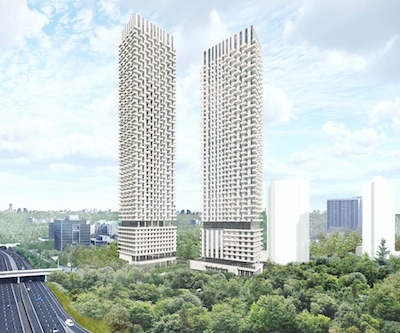 An equity capital subsidiary launched by Toronto-based Cameron Stephens Mortgage Capital is investing in more and larger developments in and around the Greater Toronto Area, and its managers plan to continue that growth.

Cameron Stephens Mortgage Capital was established 18 years ago and launched the equity capital subsidiary during the first year of the pandemic.

Company founder and former MCAP president Scott Cameron is Cameron Stephens’ chairman and chief executive officer. His son Steve, who joined the firm in 2011 and recently spoke with RENX, is executive vice-president.

It entered the market by offering developer clients term financing, commercial mortgages, mezzanine loans, inventory loans and other financing solutions. It initially had one high-net-worth individual investor and $25 million in assets under management and has grown to have $3 billion in AUM.

“We are the lender,” said Steve Cameron. “We originate the deal. We do all the underwriting and all the credit adjudication. We fund the loan, we service the loan and we manage the loan from basically the day it arrives at our doorstep.”

While there may be from one to four investors involved in any given deal, everything is managed internally by Cameron Stephens.

Much of the company’s growth in recent years has come from its relationships with a variety of large financial institutions, largely made up of life insurance companies, trust companies, banks, credit unions and pension funds.

Approximately three-quarters of its funding comes from institutional investors, with the remainder from private investors.

“We’ve really moved up-market to be a more institutional lender now,” said Cameron. “We walk, talk and act like a bank, and our pricing and terms are indicative of that.

“Our average loan size is $30 million to $40 million and our pricing is competitive with the banks. We’re typically not as cheap as they are, but we’re not far off.”

Cameron said fast turnaround times, flexibility, creativity and good customer service have helped fuel the growth of Cameron Stephens, which has a staff of about 50 and offices in Toronto, Calgary and Vancouver.

It typically does eight to 10 deals a month in Canada and would like to do its first in the United States by mid-way through next year.

As land prices were going up and deals were getting bigger, it was decided in 2020 to launch Cameron Stephens Equity Capital.

“I just felt that there was a real need and a real gap in the market for smart, nimble and capable capital to partner with developers,” said Cameron. “We didn’t do anything fast or quick. We never took a lot of risks. We were very calculated and very slow.

“And in doing so we had a great foundation and developed a great reputation over the last 10 years. And I felt like, with the capital providers that we have and the investment partners that are invested with us now, we could go and find new products together and they’d have an appetite for it.”

The first deal was with Frontdoor Developments on a 100-unit stacked townhouse project called The Towns of Lambton Mills at 175 and 185 Eileen Ave. in Toronto. The proposal is going through the zoning process.

Former Metropia vice-president Sean Fleming was brought on board to grow the business as Cameron Stephens’ executive vice-president and managing director.

“Development isn’t easy and you need someone that’s smart and knows how to navigate all the things that come along with development,” Fleming told RENX about how Cameron Stephens chooses its partners.

Cameron said the company provides a disproportionate share of the equity throughout projects. It doesn’t just write a cheque and then sit back and watch, however.

Fleming said the firm has input into major decisions and speaks to its development partners regularly, while trying to support them as they oversee day-to-day operations.

“We’re happy to cover our portion of the cost of due diligence with them. It’s not a matter of ‘You go find the site, you do all the work, and then bring it to us and then we’ll decide whether or not we’re happy to roll up our sleeves and get our hands dirty with it.’ ”

Partnership with Originate and Westdale

Cameron Stephens has partnered with Originate Developments and Westdale Properties to develop a pair of high-rise condo developments in Toronto. Applications for both projects were submitted to the city in late July.

“It’s well-located and it’s an area that we really believe in, so we think we bought the land very well,” said Fleming.

The second proposal is for Jarvis & Earl, a 58-storey, 690-unit mixed-use residential tower with planned rental and condo components on Jarvis Street between Wellesley Street East and Bloor Street East.

Ten row houses and a three-storey, 29-unit apartment building were assembled for the development site.

Cameron Stephens just closed a deal with Mirabelli Corporation for a 9.3-acre property at 280 Consumers Rd. in Toronto’s North York area, near the junction of Highway 401 and Highway 404.

Cameron Stephens closed on the property using its own capital due to time constraints. The property’s debt is being restructured, with a new mortgage replacing a development construction loan before the project is taken to investors.

Units will be cleaned up and the building’s systems and exterior will be updated.

Cameron said the property provides a different opportunity for potential investors who can get in and out of the deal in 24 to 36 months after the units are converted to condos and sold.

“We’re setting a tone that we can make quick decisions and we’ve got the capital ready and we can close fast,” Fleming said of the firm’s place in the Canadian market.

“I think it’s going to serve us well.”

Steve McLean Commercial Market Trends National Sep. 15 2022
Steve McLean Business reporter
Steve is a veteran writer, reporter, editor and communications specialist whose work has appeared in a wide variety of print and online outlets. He’s the author of the book Hot Canadian Bands and has taught reporting to college students. He is based in Toronto.