Most construction projects are delivered late and significantly over budget compared to the owner... 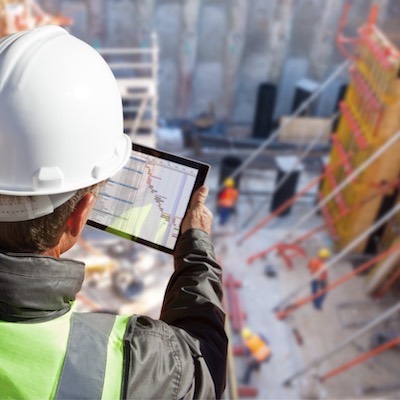 A survey by IDC for Procore reports delays and cost overruns are common problems for development projects. However, it says they can be reduced or alleviated through use of integrated digital management systems. (Courtesy Procore)

Most construction projects are delivered late and significantly over budget compared to the owners’ original plan, according to a new U.S. and Canadian survey.

Procore Technologies, Inc., a California-headquartered provider of construction management software, commissioned the survey by market intelligence and advisory services firm IDC. It was conducted during May and June.

The survey asked about the challenges owners face and how they’ve responded. It also explored the benefits gained by moving from manual processes to technology solutions.

The survey revealed 75 per cent of owners were over planned budgets on their projects and 77 per cent were late. On average, projects were 27 per cent over budget and 69 days late compared to original estimates.

Owners experienced an average of six changes to the budget and five changes to the schedule per project, with a 15 per cent average increase in project costs as a result of these changes.

The survey identified significant differences between high and low performers based on variances between budget estimates and estimates for day and project completion time. Better on-budget and on-schedule performance often corresponded with embracing integrated technology.

Those reliant on manual or siloed productivity solutions such as Excel, SharePoint, Dropbox, local drive document storage or outdated custom legacy solutions were typically delivering projects late and over budget.

“If you’re paper-based or siloed in the planning stages, then you lack flexibility later on,” said IDC research vice-president Warren Shiau in a report accompanying the survey. “So when you need to implement a change, it’s not as easy as when this process is digitized and automated, particularly with drawings and specifications.”

The survey found 85 per cent of respondents weren’t using specialized construction-specific software and were instead relying on fragmented general productivity software used across many industries and offices.

The biggest issues with project management performance, according to survey respondents, were deficiencies and the time to remediate those issues,  as well as down time.

Sixty-nine per cent of owners identified the greatest challenge was on-site labour shortages.

“Trade and labour is part and parcel of estimating project timelines and viability, so when there’s a labour shortage, it impacts costs,” said Shiau. “And the longer it takes to finish a project, the more your costs escalate. For companies without proper processes in place, these problems are only going to be exacerbated.”

Sixty-seven per cent of survey respondents said the key to retaining skilled project staff was enabling job responsibilities to be carried out with better technology.

“The survey shows that project owners can see what needs to be done,” said Shiau. “But if the adoption of these technologies is going to be effective, they need to look at modernizing their data, applications and IT infrastructure — or else they won’t be fully able to take advantage of these game changers.”

When it comes to budgeting and scheduling, owners predicted the greatest impact on project performance in the next three years will be: building information modelling (53 per cent); connected supply chain (44 per cent); pre-fabrication of components (41 per cent); and predictive analytics for cost modelling (34 per cent).

Many owners and developers are considering, planning or in the process of adopting new technologies.

The brave new world of investor communications in CRE

Steve McLean Commercial Market Reports National Jul. 19 2021
Steve McLean Business reporter
Steve is a veteran writer, reporter, editor and communications specialist whose work has appeared in a wide variety of print and online outlets. He’s the author of the book Hot Canadian Bands and has taught reporting to college students. He is based in Toronto.