The recent sale of the five-building, institutionally owned and managed Southside Industrial Port... 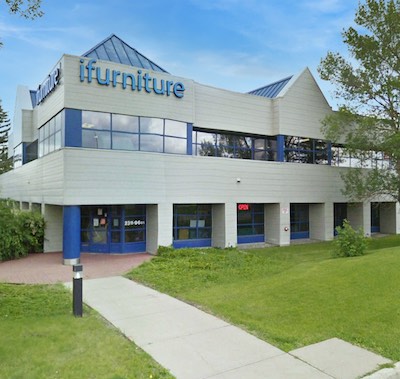 A portfolio of five light industrial buildings has been sold by Manulife in Edmonton. (Courtesy CBRE)

The recent sale of the five-building, institutionally owned and managed Southside Industrial Portfolio in Edmonton to private investors is another indication of the continued interest and demand for the asset class in Alberta.

David Young, executive vice-president and managing director of real estate firm CBRE in Edmonton, said there is plenty of deal activity in the industrial pipeline.

“I think the third and fourth quarter and into 2022 the industrial business will be quite buoyant in Edmonton and region,” he said.

The Southside Industrial Portfolio included three properties with five buildings which CBRE sold on behalf of Manulife. The portfolio consisted of just over 200,000 square feet and was 82 per cent occupied at the time of sale.

“We had a number of parties at the table that wanted to buy this. So there’s a tremendous amount of demand in the market with a limited supply of decent product for sale. . . . The business world seems to be opening up some more in terms of transaction work and not just in industrial, either.

“I’m happy with the progress we’ve made reopening the economy.”

Young said he believes the demand for industrial real estate is going to outpace the supply, particularly in the northwest part of Edmonton.

“I do sense that you should start to see some potentially more spec construction given the amount of demand that currently exists in the market,” he said. “It’s for general warehousing and distribution. Now you’ve got the Amazons of the world that are doing their thing up here as well, but it will be general distribution-type facilities.

“There are some manufacturing tenants in the market right now, but for the most part the buildings that are being built are traditional distribution facilities.”

“Leasing activity has been strong, particularly in the northwest section of the city, with larger deals over 200,000 square feet becoming more common in the Edmonton market. Alberta Health Service leased 230,000 square feet at 11504-11554 186th Street, which is one example of this,” the report states.

“Panattoni broke ground on a 550,000-square-foot speculative build, increasing the total construction pipeline to almost 4.9 million square feet. While most under construction space is built to suit, speculative activity has been increasing on optimism of the strength of Edmonton’s industrial sector.”

With all pandemic-related restrictions in Alberta having been lifted on July 1 and vaccination rates continuing to rise, there is a general sense of optimism the industrial market will experience further improvement for the remainder of 2021, according to a Q2 industrial real estate market report from Colliers.

“As oil prices continue to improve and stabilize in the mid-$70s per barrel, we also see an increase in demand for shop facilities, albeit not as robust as previously seen prior to 2014 when oil pricing surpassed $100 per barrel,” the Colliers report states, adding multiple offers on well-priced properties are now possible.

There has been a blitz recently of big industrial real estate news in the Edmonton market.

In addition to the announcement of Panattoni’s intent to build a major building on spec, the company also announced it was building a massive robotic fulfillment centre for Amazon in Parkland County, which would be one of the largest such distribution facilities in Canada at about 2.9 million square feet over five levels.

Don Wilcox Commercial Development Edmonton Jul. 23 2021
M
Mario Toneguzzi Business reporter
Mario Toneguzzi, based in Calgary has 37 years of experience as a daily newspaper writer, columnist and editor. He worked for 35 years at the Calgary Herald covering sports, crime, politics, health, city and breaking news, and business. For 12 years as a business writer, his main beats were commercial and residential real estate, retail, small business and general economic news. He nows works on his own as a freelance writer and consultant in communications and media relations/training.