The worsening industrial space shortage in Montreal is causing investors to cast eyes into some l... 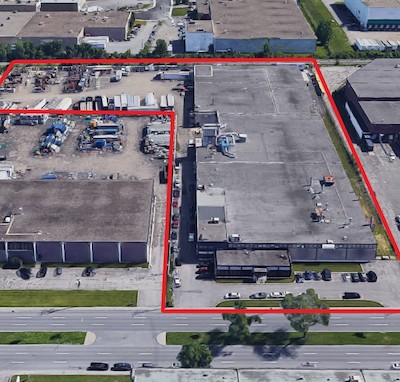 The worsening industrial space shortage in Montreal is causing investors to cast eyes into some long-ignored regions. With its purchase Friday of another mid-sized industrial property in Anjou, Groupe Quint is one of the most active in this pursuit.

The purchase itself isn’t huge: Quint paid about $11 million for the 119,513-square-foot owner-occupied building at 10251 Boul. Ray Lawson on the Island of Montreal. What’s interesting is that as an east-end property, it’s in an area that’s seen little transaction activity in recent years.

Groupe Quint president and founder Ian Quint, however, has been very active in the Anjou district.

“Over the past two years, I think we’ve acquired five or six properties there,” he told RENX in an interview. Interest is increasing as Montreal’s citywide availability rate of 2.1 per cent looks certain to continue shrinking.

“There’s been zero movement for the past 30 years and then for the past 18 months, every month we are setting new (pricing and leasing rate) records.”

The property was sold by Sutton Group commercial real estate broker Germando Mazzotta, whose team specializes in the East Island market, which he said has been “undervalued” for many years.

“We are slowly catching up to our Western counterpart,” Mazzotta said. “The Anjou market has been in high demand. In my humble opinion, it’s the best-positioned industrial park. There are some interesting assets out there and there hasn’t been much activity in the past 12, even 24 months.”

He said leasing rates are up significantly to at or above $8 per square foot. Purchase prices, even for older buildings, are also up with some class-B properties in the $140- to $150-per-square-foot range and class-C as high as $120 per square foot.

This purchase ticked plenty of boxes for Quint and his firm.

As an older property, it needs some improvements. However, major tenant Artelite office furniture is vacating the site. Currently a class-C structure with 18-foot clear ceilings, Quint said his firm will invest $3 to $4 million to bring it up to class-A standards.

“We could do close to nothing and lease it for sure, but that’s not the type of landlord we are. We are going to do some major work. We want to get toward the top end of the market for rental rates,” he said.

“We are going to add another eight to 10 loading docks. There is an existing yard that comes with the building, which is one of the reasons why we liked it for transport companies that want to do trailer storage.

When the work is done, Quint and Mazzotta expect a new tenant to be ready to move in.

“Given those conditions and this pent-up demand, I have no doubt in my mind that within 30 to 90 days we should be firm on a deal and find a tenant for this property,” Mazzotta predicted. “There is slim to no product on the market.”

Demand particularly for this size of building is coming from both investors and occupiers. Because an occupier absolutely needs somewhere to house their business, multiple bidders are the norm and prices keep rising.

“It’s fierce. There is a lot of competition out there,” Mazzotta said.

Which is why, Quint said, his firm is willing to buy any industrial property it can get for a reasonable price – in Montreal or the region as a whole.

Clearly, the proceeds of its sale in February of the 536,000-square-foot former Kraft facility in Vaudreuil-Dorion (which had been owned in a JV with Vista Properties), won’t be sitting idle for long.

“We’ll buy A, we’ll buy B, we’ll buy C depending on pricing and if we see we can create value. We are value-creation-type real estate developers, we are not real estate investors, so we need to create value,” Quint said. “Part of the key to our success is we are not afraid to buy very large buildings completely vacant.

Quint’s industrial strategy, and other plans

This is a significant change in strategy for Groupe Quint. However, Quint, who founded the company doing ground-up industrial development, is now open to all options as he seeks ways to create product to meet the demand.

“So we are more interested now than previously in looking at class-B buildings,” he said with a chuckle. “I am looking at buildings now that I never would’ve looked three years ago, that would’ve given me a heart attack. Now I look at them and I see beauty in there because I see the opportunity to create value.” 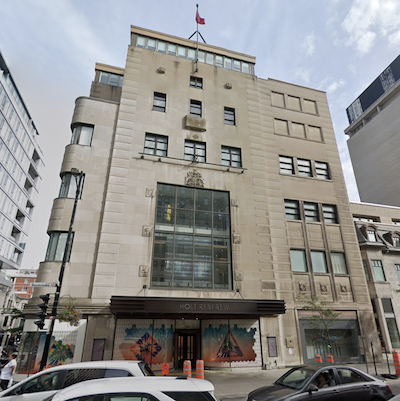 Groupe Quint is active in more than just the industrial sector, though Quint said it will be a major focus for the firm.

However, it also purchased a retail power centre of more than a dozen buildings in St-Sauveur recently and has a $20-million redevelopment underway downtown at the iconic former Holt Renfrew building at 1300 Sherbrooke St. W.

“There is a lot of activity there in terms of different potential leasing deals and the actual activity on the site,” he said of the Holt Renfrew building, which it gained sole possession of a couple of weeks ago and is renovating to upgrade the office and retail spaces.

The company is also preparing to break ground on a spec 160,000-square-foot industrial building in Longueuil.

“There were a couple of years there where with the costs of land and the costs of construction it wasn’t really worth it to build (on spec) considering the rental rates, but now where the rental rates are we are back in the market acquiring land and doing ground-up development,” he noted.

“It’s come to the point now where a spec industrial building makes sense. The only limiting factor is finding land that’s available.”