Like many Canadian industrial markets, the sector in the Winnipeg area has remained strong throug... 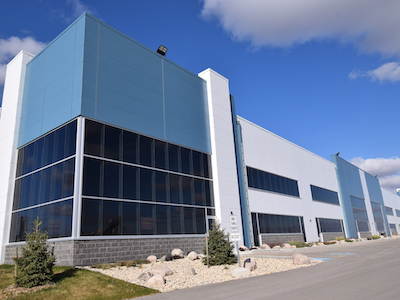 19 Ronn is part of the BrookPort business park at CentrePort. just outside of Winnipeg. (Courtesy Shindico Realty)

Like many Canadian industrial markets, the sector in the Winnipeg area has remained strong through the COVID-19 pandemic and the unique CentrePort Canada project, North America’s largest trimodal inland port, continues to grow with speculative development.

The 20,000-acre inland port is located in Winnipeg and in the adjacent rural municipality of Rosser.

Sandy Shindleman, president of Shindico Realty Inc., which is marketing a new state-of-the-art multi-tenant industrial building with build-to-suit options available in AVAAL Business Park in CentrePort, said the massive Rosser project has several things going for it. Among them are the availability of land, proximity to the city and how difficult the city has been on entitlements, building permits and business taxes.

“Those three things make people want to make CentrePort, and any area outside the jurisdiction of the city work,” said Shindleman. “We sold a lot of land a decade ago, and more recently, that is now being developed.

“Industrial is certainly the flavour of the month and it looks like we’re getting a bifurcating demand, with the largest demand in what we’ll call the CentrePort area, northwest of Winnipeg, north of the airport, and for certain businesses especially those that rely on the manufacturing there’s some demand in the east-side business parks.

“But for smaller investors, the land outside the City of Winnipeg is where there’s developable land and there’s buyable land. So the southwest as well, out McGillivray, off of Route 90, has seen a lot of growth in industrial.”

Shindleman said policies in Winnipeg have driven demand to CentrePort.

“We’ve had people come to us who have sold land inside the City of Winnipeg, industrial land, saying ‘We only want to build in the county.’ They’re fed up. They’re not from here. They’re not on the ground here.

“Not that that makes any difference, I tell them,” he explained. “It’s so much easier and so much more reasonable and the tenants don’t have to pay business tax as there is in the city. The taxes are less than in the city.

“So you can get the net rents to make a development work and on the gross, it’s probably less than they would have to pay in the city.”

Overall, the industrial market in the Winnipeg area remains strong although the pent-up demand is certainly not there like it was three years ago, Shindleman said. And it’s a different market than in, say, Alberta or the Greater Toronto Area.

“The market is good. We don’t get the booms that you get in the Alberta cities or certainly what’s going on in the GTA (Greater Toronto Area), which is expanding out. Barrie (about 75 kilometres north of Toronto) is considered prime industrial and it’s a long way away,” he said.

“Hamilton and environs . . . it’s really something.

On the flip side, “construction is less costly in Alberta and in Ontario than it is here. It’s just not that competitive here.”

Winnipeg is the only city on the Canadian Prairies with access to three class-1 railways: CP, CN and BNSF. The CentrePort Canada Rail Park will offer direct access to CP and through federal inter-switching rules, access to all three rail networks.

Prime industrial land is available now, with greenfield, existing, or build-to-suit options available, for any size of development.

Diane Gray, president and CEO of CentrePort Canada Inc., said more than 70 per cent of Manitoba’s trucking industry is headquartered at CentrePort, including Bison and TransX, which are two of Canada’s largest. 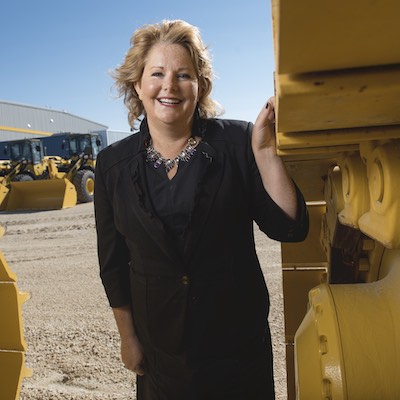 “When we did the planning for CentrePort we planned it as a complete community which incorporates fairly sizeable industrial development – 95 per cent of the project is going to be some version of industrial. It also incorporates a residential component – a 500-acre development,” said Gray. “We have active transportation trails and greenspace as well.

“There’s been a lot of work done on the servicing for it. CentrePort Canada Way was constructed, a $212.4-million expressway. Wastewater was extended. The water treatment facility was constructed.

“And Manitoba Hydro has now extended natural gas and electricity. The site actually supports high-voltage customers. So we have several new high-voltage users (including) Merit Functional Foods, which is a pea and canola protein processing facility which produces a water soluble protein for Nestle.”

Paterson Global Foods is currently building a facility on the site.

Now that the servicing is in place, during the past three years a number of industrial parks ranging in size from about 80 acres to 150 acres have been brought to market.

“There’s been extremely high absorption to servicing. So about 2,000 acres that were greenfield are now in active development. Over 100 new companies attracted to the footprint and it’s pretty hard to keep service land inventory. The pace of absorption is really quite remarkable at the moment,” said Gray.

“So lots happening. We’ve got companies constructing and we have a variety of different types of real estate products. AVAAL is one of several different multi-tenant developments in construction at CentrePort right now.”

CentrePort home to a million sq. ft., and growing

“We’ve got a variety of different types of real estate products now in the market which shows the strength of the market for spec construction. That’s very positive for us as well. Historically there hasn’t been a lot of spec done in Winnipeg but we’re seeing a real market shift in that area right now.”

Gray estimated more than one million square feet of space has already been constructed in CentrePort.

“The brokers tell me that the industrial market is hot. We have companies that are in growth mode that are looking for new sites and whether that’s because they’ve outgrown their current facility or they’re entering a new market, it seems pretty strong,” she said. “It’s very positive.

“And the types of companies we’re seeing active in the industrial space are ones that align really well with our economic sectors in Manitoba – agribusiness, food processing, protein industry, equipment manufacturing and basically e-commerce. The distribution type of activities are still holding up very well.

“Those are all doing well and spec development right now in mining, natural resource development and the natural spinoffs for that type of activity where there’s more value added processing taking place.

“Right now it seems pretty strong across the board with the exception of aerospace.”

That has been an important factor for companies to save time and money. The project offers about two weeks for building permits and three months for concurrent subdivision and rezoning.

CentrePort Canada Rail Park, a 665 -cre development that combines industrial space with logistics infrastructure, will start construction in spring 2022. It offers fully serviced lots from 6.9 to 46.5-plus acres.

Steve McLean Commercial Transactions National Apr. 22 2021
M
Mario Toneguzzi Business reporter
Mario Toneguzzi, based in Calgary has 37 years of experience as a daily newspaper writer, columnist and editor. He worked for 35 years at the Calgary Herald covering sports, crime, politics, health, city and breaking news, and business. For 12 years as a business writer, his main beats were commercial and residential real estate, retail, small business and general economic news. He nows works on his own as a freelance writer and consultant in communications and media relations/training.