Nexus REIT’s focus on industrial properties, and its graduation to the Toronto Stock Exchange (NX... 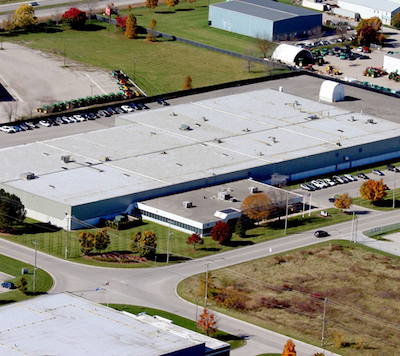 This 147,000 square foot industrial facility at 5 Cuddy Blvd. in London is one of the most recent acquisitions by Nexus REIT. (Courtesy Nexus)

Nexus REIT’s focus on industrial properties, and its graduation to the Toronto Stock Exchange (NXR-UN-T), have led to a series of acquisitions valued at over $206 million over the past four months.

Nexus, created through the merger of Nobel REIT and Edgefront REIT in April 2017, had been trading on the TSX Venture Exchange until it moved up to the TSX on Feb. 1.

“It was the next logical step for us,” Nexus chief executive officer Kelly Hanczyk told RENX. “It opens you up to a broader range of funds and larger investors that perhaps wouldn’t have looked at companies on the V (Venture Exchange). I think it just opens you up to a new source of capital.”

The REIT, which has offices in Oakville and Montreal, closed a public offering of units for gross proceeds of $34.89 million on March 4. It was trading close to its 52-week high of $8.70 per share on April 20.

The proceeds are helping Nexus fund its industrial acquisitions as it moves toward its goal of becoming a pure industrial REIT. Including its recent acquisitions closed or under contract, industrial assets will account for just over 70 per cent of Nexus’ net operating income.

“We had a stated goal this year of being somewhere around 75 per cent, which I think by the end of the year we’ll exceed,” said Hanczyk.

Nexus has targeted some office and retail properties to sell and Hanczyk said it’s waiting for COVID-19 to settle down and for investor interest in those asset classes to hopefully bounce back to higher pre-pandemic levels.

“I think toward the end of the year you’ll see us putting some things on the market, or doing off-market transactions for some of them. Then we’ll recycle that capital back into the industrial sector.”

Nexus has had success using its units to fund acquisitions since its inception and Hanczyk said it will continue to use that strategy. The REIT owns 82 properties comprising approximately 5.7 million square feet of gross leasable area. 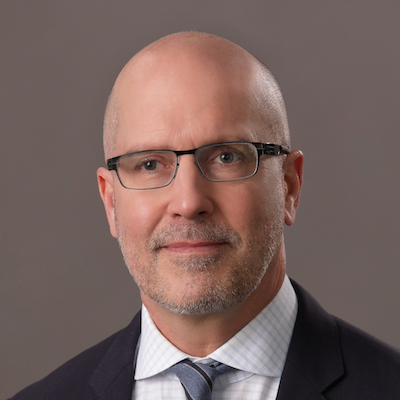 Nexus has made $206.3 million in acquisitions this year, including properties under contract. Hanczyk said the REIT is close to announcing more and he estimates total acquisitions will be between $300 million and $350 million this year.

“We’re hitting the next phase in our evolution and hitting our stride, so I think you’ll start to see us expand rapidly.”

Hanczyk expects Nexus to make between $100 million and $300 million in annual acquisitions moving forward. There are also inherent growth opportunities within the existing portfolio.

Nexus is moving forward with a major renovation and expansion of an industrial/commercial property on Savage Road in Richmond, B.C. after experiencing delays due to COVID-19 and obtaining permits.

Hanczyk said the work on the property will provide significant net asset value growth and it can be expanded by an additional 100,000 to 400,000 square feet in the future.

Nexus announced on April 16 it had entered into four separate conditional agreements to acquire five single-tenant industrial properties for an aggregate price of approximately $88.8 million.

Two of the properties are in Southwestern Ontario, two are in Alberta and one will represent Nexus’ first acquisition in Winnipeg. They have a combined gross leasable area of approximately 609,000 square feet.

Two of the buildings are newly constructed and Hanczyk said the others are well-tenanted.

There’s a period of confidentiality until the deals close, so Hanczyk wasn’t able to provide further details about the properties.

Nexus anticipates the acquisitions will be funded with cash on hand, $15.4 million of Class B LP units and new mortgage financing.

Nexus closed on the acquisition of six industrial properties comprising about 1.2 million square feet in London, Ont. from 1803299 Ontario Inc. on April 1:

The purchase price was $103.5 million, with $65.6 million satisfied through the issuance of Class B LP units, which Hanczyk said makes the vendor Nexus’ largest shareholder. The two parties have had ongoing discussions about a deal for the past five years, according to Hanczyk.

“They’re aligned with us to grow the unitholder value and continue to push the share price up, so it’s been a really solid relationship.”

The vendor, which has long-standing relationships with many of the tenants of the properties and strong knowledge of the London market, will continue to manage the properties for Nexus.

“They own a huge portfolio in Southwestern Ontario, which hopefully in the future will continue to see its way over to the REIT,” said Hanczyk.

Hanczyk said the properties have below-market rents that Nexus will be able to increase upon renewal. The REIT can also add from 200,000 to 500,000 square feet of space to the portfolio over the next few years.

The purchase included an approximately 95,000-square-foot building to be constructed on the site to accommodate the expansion of the property’s major tenant, packaging company WestRock.

The vendor, an undisclosed private owner, is responsible for costs and management of the construction of the new building. It’s expected to be completed within a year.

Nexus closed on the acquisition of two fully leased industrial properties in Edmonton from an undisclosed local private owner at the beginning of March:

The purchase price was $14 million, with half of that satisfied through the issuance of Class B LP units.

Steve McLean Commercial Mar. 24 2021
Steve McLean Business reporter
Steve is a veteran writer, reporter, editor and communications specialist whose work has appeared in a wide variety of print and online outlets. He’s the author of the book Hot Canadian Bands and has taught reporting to college students. He is based in Toronto.