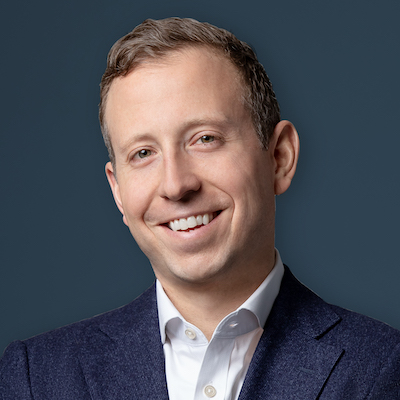 Oxford Properties Group’s $350-million acquisition of four life sciences properties in Boston and San Francisco in January continued the company’s expansion in the sector, which has become a global priority over the past four years.

“We want 10 to 15 per cent of our global book in this sector,” Oxford executive vice-president for North America Chad Remis told RENX.

Oxford’s new San Francisco acquisition was made in partnership with City Center Realty Partners, a San Francisco-based real estate developer and investor, in the established life sciences cluster in the suburb of Emeryville.

Oxford’s new Boston acquisitions from a joint venture between King Street Properties and The Carlyle Group are:

– 33 New York Ave., a recently completed 114,000-square-foot bio-manufacturing facility in the suburb of Framingham which is 100 per cent leased long-term to Replimune Group Inc. and CRISPR Therapeutics;

Sanofi will be vacating the 5 Mountain Rd. location after occupying it for two more years. Remis said it’s an older space with aging mechanical systems and Oxford wants to “creatively add some value for another set of users to accommodate the needs of their lab and technical R&D.”

While life sciences space is playing a major role in attempting to eradicate the current pandemic, Oxford believes this real estate is pandemic-proof. Scientists and researchers need to occupy labs to do their work, so these spaces have remained in use, unlike many other offices.

“It has to be done in highly technical space that’s unbelievably expensive to build, and time matters for these companies. Time is way more important than money under a lot of circumstances for a number of these companies.”

That illustrates the need for more life sciences space, and investors and developers have become more interested in the sector.

“A large number of people stopped buying office buildings and malls and don’t necessarily have anywhere to go with their cash, because bonds aren’t really returning you anything today,” said Remis.

“They need to find homes to generate returns, and one of those homes is obviously becoming the lab and life sciences space.”

While Oxford plans to base much of its U.S. life sciences portfolio in Boston and San Francisco, Remis said San Diego, Seattle, Research Triangle Park in North Carolina, the Washington, D.C.-Baltimore corridor, Philadelphia and Houston should also grow in importance in the sector as more private capital becomes involved.

“Investment capital will find great ideas and intelligent people and will invest in those ideas and people no matter where they are. That’s obviously very different from government-funded research, which for the most part is going to want to happen in the jurisdiction that government is in.”

The three primary life sciences markets in Canada are Toronto, Montreal and Vancouver, while Hamilton is also becoming more important. Oxford intends to be at the forefront of investing in these cities to ensure biotech companies remain in Canada, innovation grows and shareholders generate returns.

“We’re trying to become a part of that ecosystem and supply capital, relationships, wherewithal and knowledge that we have formed across North America, including in the U.S., to bring to bear in Canada,” said Remis. “We’re working on a few things on the manufacturing side in Canada right now. We’ve had a significant amount of conversations on the lab/R&D side as well.

“It’s a very young industry in Canada and I would say the Canadian government has actually done a really nice job of trying to drive some of this innovation.

“They have a large number of business leaders throughout the country that are focused on incubating, retaining and driving biotech talent. We’ve spent a fair bit of time with some of those incubation hubs.”

Toronto-headquartered Oxford — which was established in 1960 and manages approximately $60 billion of global office, retail, industrial, hotel and multifamily residential assets on behalf of its co-owners and investment partners — is also reviewing opportunities in the life sciences sector across Europe.

Proptech strategy is as important as the tech itself

Steve McLean Commercial Strategy National Jan. 22 2021
Steve McLean Business reporter
Steve is a veteran writer, reporter, editor and communications specialist whose work has appeared in a wide variety of print and online outlets. He’s the author of the book Hot Canadian Bands and has taught reporting to college students. He is based in Toronto.