Oxford Properties has kicked off construction of this 700,000-square-foot multi-storey industrial development in Burnaby, the first such facility announced in Canada. (Courtesy Oxford)

The crowning achievement will be a two-floor building where the ground floor comprises 437,239 square feet with 32-foot clear heights. The second storey, which will be accessible to full-size transport trailers via a heated ramp, will have 269,817 square feet of space, 28-foot clear heights and a 130-foot truck court with dock loading doors.

“You have to check a few boxes to justify multi-level,” Oxford head of industrial Jeff Miller told RENX. “One is absolute land scarcity. You have to build these in a market where there’s virtually no other supply and there’s a high barrier to enter the market.

“You also need to build them in a market where the rents justify the added costs of going up multiple levels.”

Miller said two-level industrial facilities are more complicated to build than standard single-storey structures and typically cost two-and-a-half to three times as much to construct.

Riverbend Business Park’s multi-level building is scheduled for completion in Q4 2022. Like the rest of the buildings in the park, it’s being built on a speculative basis.

“Typically, as construction progresses, we will see an increased amount of activity,” said Miller. “At this point we still have a bunch of time to delivery.

“We’re tracking different users in the market. Fortunately, in Vancouver, they don’t have a lot of choice. Vacancy is still around 1.5 per cent, which is extremely, extremely tight. So tenants are being forced to deal with their occupancy needs a little sooner than they used to.

“There are no leases signed yet on this building, but we’ve got good activity across the park.”

Flexibility in the multi-level building’s design was very important to accommodate a range of potential tenants. Miller said the ground floor can be designed for two or three tenants, while up to four different users can be accommodated on the second floor.

Riverbend Business Park is located close to the intersection of Marine Way and Highway 91A in Burnaby and can serve a population of 1.4 million within a 30-minute drive.

A 92,863-square-foot building was completed earlier this year and has had “great” leasing activity, according to Miller. The smallest building, at 78,436 square feet and located near the park entrance, is under construction and 70 per cent leased. 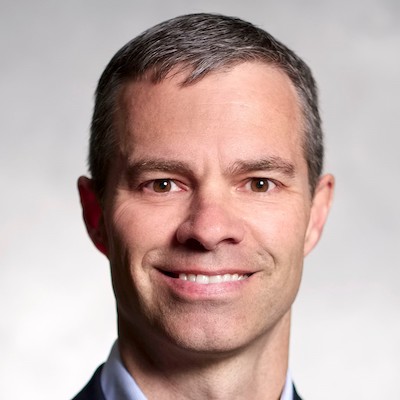 The 64.4-acre Riverbend Business Park site, acquired by Oxford in 2011, was home to a former paperboard milling operation and a 14-acre landfill. More than 300,000 cubic metres of waste and debris were removed from the property as it was converted back into developable land.

Oxford has implemented several initiatives to restore the shoreline of the adjacent Fraser River and help protect native species. Invasive and non-native plant species were removed, improvements were made to fish habitats and shoreline erosion protection measures were installed.

The buildings at Riverbend Business Park are LEED-certified. The redevelopment of the brownfield site earned Oxford the 2019 City of Burnaby Environmental Award.

“These buildings look nicer than a lot of suburban office buildings, even though they’re warehouses,” said Miller. “We’re pretty proud of the end result of taking this contaminated site and really transforming it.”

Miller believes all of these factors will help companies located in Riverbend Business Park attract and retain employees.

Industrial has emerged as one of the most resilient asset classes in the face of the pandemic due to the acceleration of e-commerce and evolving supply chain requirements.

Oxford’s Canadian industrial business comprises 14.3 million square feet and $2.3 billion of assets under management, with a development pipeline of up to six million square feet in Vancouver, the Greater Toronto Area (GTA), Edmonton and Calgary. Miller said the portfolio has been performing well across the country.

Oxford doesn’t have any other multi-level industrial buildings in its immediate plans, but it is considering doing more in the Vancouver and GTA markets.

“We have several million square feet being planned over four sites in Toronto,” said Miller.

“We have a site in Scarborough and a site in south Etobicoke that will both be under construction in the spring. Later next year we hope to start construction on a 200-acre master-planned business park in Milton.

“We’ve just wrapped up a lot of projects out West, between Alberta and this one in Vancouver, and now our focus and development pipeline has shifted to the GTA.”

Toronto-headquartered Oxford was established in 1960 and is owned by OMERS, the defined benefit pension plan for Ontario’s municipal employees.

Oxford manages approximately $60 billion of assets around the globe on behalf of its co-owners and investment partners. Its portfolio includes office, retail, industrial, hotel and multifamily residential properties, and encompasses more than 100 million square feet in global gateway cities and hubs on four continents.

Increasing its global industrial exposure is one of Oxford’s priority investment strategies and it has rapidly grown in the sector over the past few years. The company is closing in on its goal of having approximately one-third of its deployed equity in the industrial asset class.

As part of this process, Oxford and Ivanhoé Cambridge last year signed a joint venture partnership agreement to acquire Atlanta-based IDI Logistics, a major investor and developer of logistics real estate in the U.S. IDI has developed more than 100 business parks and 750 warehouses totalling more than 200 million square feet.

Oxford has also become the largest institutional shareholder in ESR, the largest logistics real estate platform in the Asia-Pacific region. It has properties in China, Japan, South Korea, Singapore, Australia and India.

“Almost all of these different platforms have a development focus,” said Miller. “We build the product that we want to own long-term.”

Don Wilcox Commercial Strategy International Dec. 15 2020
Steve McLean Business reporter
Steve is a veteran writer, reporter, editor and communications specialist whose work has appeared in a wide variety of print and online outlets. He’s the author of the book Hot Canadian Bands and has taught reporting to college students. He is based in Toronto.