Despite the pandemic-induced drop in students and out-of-towners, B.C.’s second-largest city is e... 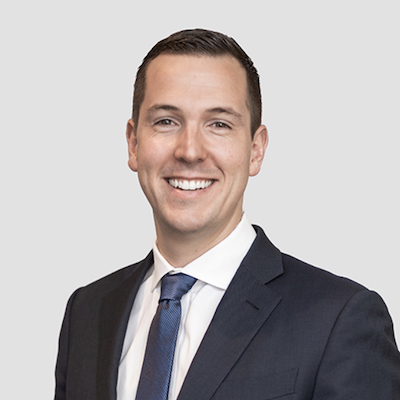 Despite the pandemic-induced drop in students and out-of-towners, B.C.’s second-largest city is enjoying a  residential rental boom. Victoria’s rental housing was one of its biggest success stories over the last year, according to a panel of Vancouver Island industry experts at the Vancouver Real Estate Forum last week.

The pandemic year saw a record number of new apartment completions and an increase in the vacancy rate in October from one to 2.2 per cent. However, the rate is still sufficiently low to have little impact on the sector.

Chard Development has been developing condos and rental projects in Victoria since 2003 and president and chief executive officer Byron Chard said they were keeping a close eye especially on the rental market. He said they are seeing an increase in purpose-built rental supply and decrease in condo supply for a few reasons.

Factors at play include a new city policy requiring 20 per cent of the units in large strata buildings to be affordable, as well as generally low vacancy rates and the perception there’s more stability in rental.

“We’re talking thousands of rental units being proposed in all parts of the capital region. This is going to be a trend we will be watching very closely, the rental market in totality,” Chard said.

“Capital is not the concern for Victoria. Victoria is on the map. It’s got the attention of a lot of these different institutions.

“One area we are looking at is the rental supply as something to watch as we continue to see the downward trend in new condos being brought to the market.”

Brent Alston, director of Alston Properties, which owns and develops rental buildings in Victoria, said he was surprised how resilient the market has been despite high unemployment. Throughout the last year, he saw “really high” rent collections.

Adding to the higher vacancy rate was the addition of short-term rentals to the long-term rental pool as students and tourists left the city.

“Our portfolios mostly focus downtown and our vacancy was about two per cent for the year, so really not that bad,” said Alston. “ We did see an increase in turnover, bad debts did increase, and rents were relatively flat but overall the market has been resilient despite the tough times.” 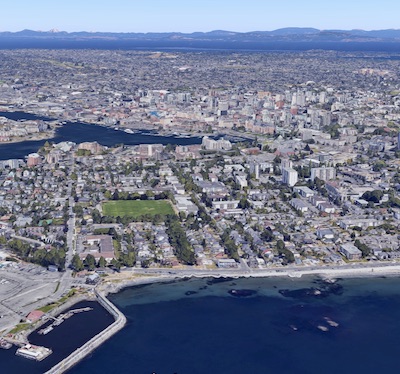 Victoria and its surrounding municipalities has experienced a rental apartment boom which has not been slowed by the pandemic. (Google Maps)

As well, rents had not been adversely impacted. He cited Canada Mortgage and Housing Corporation data that showed a 4.4 per cent average rent increase during the past year.

“Overall the rental market has performed quite well,” said Alston, who added that roughly one third of renters were coming from elsewhere in B.C., a third were from other provinces, and the rest from outside Canada. A significant number of renters came from Vancouver, Calgary and Edmonton.

The company looks at buying older apartments and adding value; however, in the last four to five years there have been major price increases and cap rates are low. For that reason, the company has seen better opportunities in building new.

Alston said there was about a 20 per cent increase in the number of apartment building completions from 2019 to 2020, which was a record. With fewer completions in 2022, he expects there might be some tightening.

Jim Hartshorne, president of Langford-based Keycorp Canada, spoke about the huge spike in demand in the WestShore area, near downtown, which includes the communities of Langford, Colwood, View Royal, Highlands and Sooke, with a population of about 100,000.

Hartshorne, who has built all housing types, as well as commercial, said the suburban area is growing at a pace of five to seven per cent a year, which is more than double the pace of Victoria city.

Although the demand has been huge for single-family houses, there is strong demand for rental building too, which has brought international REITs to WestShore, he said. In the past 18 months, he estimates about 3,000 rental units have been brought online.

“There is probably about another 3,000 units in play right now, so there is a very strong demand for rentals. And about 85 per cent of the new houses built have a (rental) suite in them,” Hartshorne said. “The market is so strong on the WestShore it’s scary to be honest, on every item.”

Alston said his company is looking outside the hottest markets to get away from the competition. Its latest purchase is an apartment building in Sidney, on the Saanich Peninsula, about a half-hour drive from downtown Victoria.

“There are some huge developments proposed for the downtown urban core and the WestShore,” he said. “We like the look of the Saanich peninsula — there is a lot less competition there and there’s not the density in that area . . .

“We think that (our project) will perform well and it hits on a couple of other big trends: the baby boomers entering retirement, and moving to a community like Sidney, a desirable place to live, and the flexible work environment means people don’t have to live so close to urban core.”

Victoria builds must keep up with demand

Amanda Neal, executive vice-president of Devencore Realty Victoria, a commercial brokerage, said the Victoria market has been resilient for several good reasons, even though she’s not entirely sure where all the consumer confidence has come from.

The problem for Victoria is keeping up with demand and avoiding an affordable housing crisis.

“The pandemic proved how resilient Victoria is, and that lack of supply, and really, that demand, it may not stop. I think that Victoria is on the map now. I think people have kind of discovered our little secret here, and they are coming.