PART II: In day two of our look at four major stewards of public lands in Canada, we focus on the... 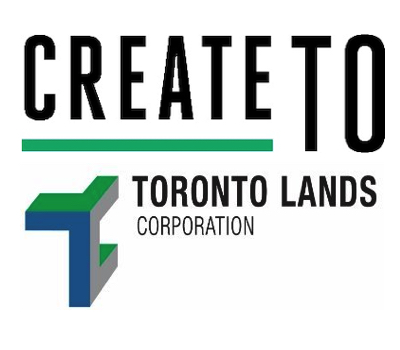 PART II: In day two of our look at four major stewards of public lands in Canada, we focus on the Greater Toronto Area through agencies operated by the City of Toronto and its major school board.

The information was presented during a recent webinar hosted by the Urban Land Institute’s Toronto chapter. The event was moderated by Urban Strategies Inc. partner Cyndi Rottenberg-Walker.

In Tuesday’s Part I, we explored the portfolios and utilization strategies of the Canada Lands Corporation and Infrastructure Ontario. You can access that article via this link.

CreateTO was established in 2018 as a City of Toronto agency with the mandate of looking at city-owned properties, thinking about them strategically, coordinating all stakeholders and bringing a consistent level of expertise to the overall portfolio.

That portfolio is comprised of 8,446 properties on 28,823 acres of land, including 6,976 buildings with 106.3 million square feet of space and an assessed value of $27 billion. It’s responsible for about $1 billion in annual capital and development costs and another $1.1 billion in annual operating costs.

The portfolio encompasses 45 divisions, 12 agencies and 25 ward communities. The goal is to control costs, unlock inherent value and improve the service offering to those groups.

The portfolio has been broken down into 11 categories and Ali said each asset is evaluated using four objectives:

“First is modernization. That’s about addressing our aging facilities and updating business practices where we find them.

“The second is intensification. We leave a lot of value on the table by building single-storey structures and not taking advantage of the air rights that we own above our lands.

“The third is integration. That’s about promoting more co-location and more partnerships between city divisions and city partners, especially the folks who are on this panel.

“And the fourth is rationalization. That’s really the principle about getting rid of things you don’t need and adding the assets that you do.”

Applying these lenses should help the city create greater financial efficiencies to enable reinvesting value back into its programs, priorities and core assets.

Housing Now has 17 under-utilized sites with the potential to add 12,426 homes, including 4,667 affordable rental units, as well as community spaces, parks and daycare centres.

“There’s an enormous economic benefit for the city, with billions of dollars in capital construction and all the employment that comes with that,” said Ali. “Plus we get new community infrastructure that’s built right into the concept of mixed-use communities at these locations.

“We have 17 sites in this program right now and we’re going to be adding more this year and then even more in the coming year.”

ModernTO is a self-funding portfolio plan to modernize government and the City of Toronto’s office space.

Its benefits will include: a one million square foot reduction in space; reducing office locations from 55 buildings to 15; creating $1.2 billion in real estate value; re-investing in core city assets; providing modernized working conditions for 14,900 employees; and saving $30 million annually in operating and capital costs.

Ali said space allocation was based on 1980s furniture and floor plans, as well as the use of desktop computers, with no formal policy for allowing employees to work remotely. Partly due to the remote work done over the last year due to COVID-19 precautions, ModernTO has become more aggressive in its space reduction efforts.

These could include affordable housing, commercial and employment purposes, institutional uses such as schools and hospitals, community infrastructure, transit-oriented development, and city programs.

“These are high-value locations, generally downtown, that are hard to come by,” said Ali. “We’re unlocking them as a result of getting more efficient with our office portfolio. We’re going through a consultation process right now to determine how to best utilize these sites for the public good.”

Seven Toronto school boards amalgamated in 1998 to form the Toronto District School Board (TDSB), the largest in Canada and fourth-largest in North America.

By 2008, it realized it needed additional expertise to maximize its real estate holdings and value through dispositions and leasing. Toronto Lands Corporation, a wholly owned subsidiary, was created in 2018.

Toronto Lands isn’t a decision-making body. Its job is to manage the TDSB’s real estate interests and provide its 22 trustees with recommendations and options for modernizing and maximizing the portfolio.

The TDSB owns 611 properties on 5,082 acres valued at between $15 billion and $20 billion. This includes 13 administration sites and maintenance operation sites, 23 non-school sites and nine vacant properties.

The school network has capacity for 308,000 students but an enrolment of only 247,000. The average age of schools is more than 60 years and 58 are more than 95 years old. The system has a backlog of about $4.2 billion in deferred maintenance.

Toronto Lands has embarked on a modernization strategy to recycle some existing assets into new schools and community development opportunities.

Corporate communications manager Rob Thompson said a five per cent leverage of the TDSB’s asset base would produce approximately $750 million to $1 billion for reinvestment in modernizing TDSB facilities.

Thompson gave examples of potential and actual measures that could be, and have been, taken as part of this modernization.

On a 2.4-acre downtown or midtown site, a school could be located in the podium of a high-rise tower.

“This is a model that is working very successfully in New York, Chicago and in Vancouver, where they have incorporated schools into the podiums of new condominiums or office towers,” said Thompson.

On an eight- to 10-acre site, schools could be part of a collaborative redevelopment project that could include a long-term care facility, housing and recreational component.

“We have already realized this kind of potential at 125 Brockley Drive in Scarborough where, in 2019, the new David and Mary Thomson Collegiate Institute was opened,” said Thompson.

The site has a new athletic field and will have a new city-run daycare. A housing development will be built on land that was severed and sold to a developer.

“The school was originally intended to be a two-storey school with an above-ground parking lot. The city indicated they were looking for recreational facilities in the area.

“The meeting of the minds came together and it was decided that an underground parking lot would be built into the school. It would free up space next door for a new city recreation centre.

“The school went from two storeys to three storeys to further shrink the footprint. The city came on board and is now building a new recreation complex adjacent to the school.”

The city has leased the land for a dollar a year for the next 59 years, saving it potentially $20 million to purchase the land. The TDSB gained 49 years of four-hour-a-day access to the recreation centre swimming pool.

“There are many school sites in many neighbourhoods that are within two or three kilometres of each other that are operating at 65 to 75 to 80 per cent capacity that could possibly be examined for consolidation and an opportunity to collaborate with a municipality or developers to create a community destination,” said Thompson.

YESTERDAY: In Part I of this look at public lands utilization strategies, we explored the Canada Lands Company and Infrastructure Ontario.

Steve McLean Residential Development National May. 4 2021
Steve McLean Business reporter
Steve is a veteran writer, reporter, editor and communications specialist whose work has appeared in a wide variety of print and online outlets. He’s the author of the book Hot Canadian Bands and has taught reporting to college students. He is based in Toronto.