REALPAC members are offering free use of vacant commercial space across Canada in the effort to b... 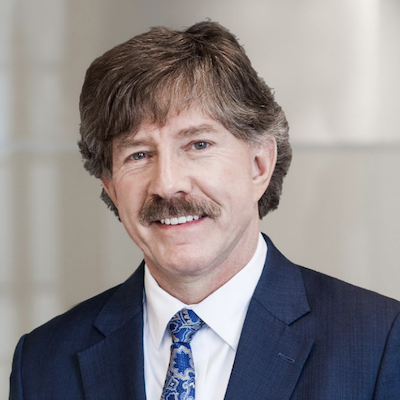 REALPAC members are offering free use of vacant commercial space across Canada in the effort to battle COVID-19.

“We can be part of the solution here by offering space and doing the right thing,” REALPAC chief executive officer Michael Brooks told RENX. “The quicker we get through this, the better off we all are.”

Brooks said the impetus for the campaign came from seeing similar efforts in the United States and United Kingdom, as well as a suggestion from CAPREIT president and CEO Mark Kenney.

REALPAC is actively reaching out to provincial governments, city mayors, local medical officers of health and vaccine task forces to offer assistance from its members.

Some hotels were offering empty rooms to first responders at the height of the first wave of the pandemic last spring and Brooks said they could be part of this campaign as well “to facilitate shift work and to allow people who might be infected to have a safe place to sleep.”

Response to the initiative from commercial real estate executives has been very positive. As of Jan. 21, Brooks said about 25 REALPAC members with largely national portfolios had volunteered to take part, and that number is growing.

For example, Pure Industrial has made 46 units totalling more than 400,000 square feet in nine municipalities available for the effort.

“Pure Industrial is proud to join forces with our fellow industry members to offer over 400,000  square feet of vacant space in the Greater Toronto Area, Montreal, Winnipeg and Vancouver in support of the government’s critical vaccination efforts,” Pure Industrial chief operating officer David Owen said in a statement provided to RENX.

“We are facing the most challenging event of our lifetime and we know that by working together, we will get through this. From supporting our tenants with rent deferrals to providing space for PPE storage, we are committed to doing our part to help the communities where we operate.”

Brooks said he hasn’t asked REALPAC members to total up all the space they’re making available.

“It makes more sense to identify from governments where they might need locations and then hone in on what might be available from our members in those locations.”

REALPAC has told members they should be prepared to make space available for this initiative until the end of the year.

Brooks said REALPAC isn’t asking members to keep vacant space in reserve in case it’s needed. However, he doesn’t expect most currently empty space to be backfilled, particularly in retail, until a vaccination program is completed or close to completion.

“The best approach is, when we get an ask from governments, find out what isn’t under contract and available, and then offer that to governments,” Brooks explained.

Among those companies willing to donate space to the cause (as of Jan. 21) are:

Steve McLean Residential Investors National Jan. 19 2021
Steve McLean Business reporter
Steve is a veteran writer, reporter, editor and communications specialist whose work has appeared in a wide variety of print and online outlets. He’s the author of the book Hot Canadian Bands and has taught reporting to college students. He is based in Toronto.