StorageVault Canada says it has agreements to acquire 15 additional locations from seven vendors... 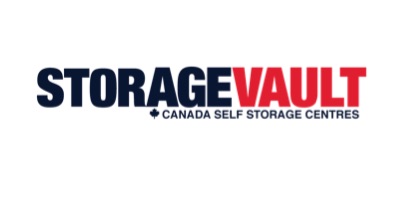 StorageVault Canada says it has agreements to acquire 15 additional locations from seven vendors in three provinces for a total of $100 million.

The Toronto-based firm says seven of the properties are in Ontario, two in Saskatchewan and six in Alberta. StorageVault said two of the properties, valued at $10.7 million, are being acquired from an affiliated company, Access Self Storage, making them “related-party acquisitions.”

If all the transactions close, StorageVault will own 182 locations and manage a total of 221 facilities across Canada. The acquisitions remain subject to diligence, financing and other closing conditions, but are scheduled to complete by the end of Q2 2021.

StorageVault plans to finance the purchases via the issuance of approximately $15 million in shares to vendors, through cash on hand and mortgage financing.

The acquisitions build on a strong 2020 for StorageVault, which reported its annual earnings late in February. The firm, one of several expanding self-storage companies attempting to consolidate facility ownership in the sector, reported $232.7 million in acquisitions and development completions during the year.

Of that total, $118.1 million involved “mature stores,” with $111.3 million of new constructions and lease-ups, and $3.3 million of land for future expansion or development.

“We significantly beat our acquisition target with $232.7 million in acquisitions. We exceeded expectations by finishing Q4 2020 with same-store revenue and NOI growth of over six per cent, resulting in year-over-year, same-store NOI growth of five per cent,” said CFO Iqbal Khan in the financial statement.

StorageVault showed a net loss of $33.1 million (down from $46.1 million in 2019), which it attributed mainly to $82.6 million in depreciation and amortization.

“Looking ahead, we expect to do $100 million of acquisitions in 2021, expand and renovate existing stores, and continue to increase our cash flow through integration, occupancy growth and revenue management,” Khan said in the report.

Its portfolio comprises over 9.2 million rentable square feet on over 525 acres of land. StorageVault also provides records management services such as document and media storage, imaging and shredding services.