Summit Industrial Income REIT is expanding its presence in Calgary with the purchase of two newly... 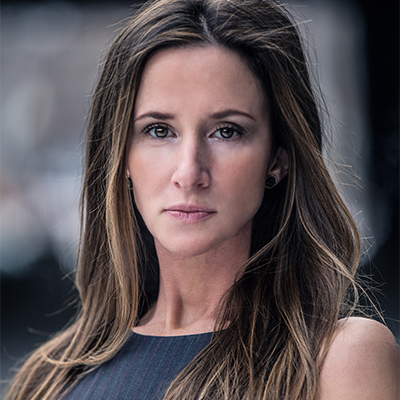 The Logistics Centre was developed through a partnership between Montez Corporation and Hopewell Development LP.

The transaction, which is expected to close early in the fourth quarter, is valued at $126 million, representing a stabilized cap rate of 4.3 per cent.

Over 60 per cent of the second property has been pre-leased to an existing tenant of the REIT who has an option to lease the balance of the building.

“Our focus is Eastern, GTA (Greater Toronto Area) and Montreal, but this was an off-market transaction. So, it wasn’t a bid process. These are new state-of-the-art logistics buildings,” Gibbs told RENX.

“We like the length of the lease and if you think about the pricing spread on this versus what you would see in the GTA market for the same type of real estate, same tenant quality, we just thought it made a lot of sense.

“So great, brand new, environmentally friendly real estate. Great tenant base. The second property with an existing tenant of ours as well with an option for the remaining piece of the building. . . .

“It’s a new e-commerce relationship for us that we’re very excited about and we just thought it was a really attractive deal.”

At the end of Q2 2021, Alberta properties comprised about 26 per cent of Summit’s portfolio.

“That’s a little bit higher than we would have liked in terms of our long-term strategy, but we’re going to be selective if we see a deal that’s going to be attractive. We don’t mind being overweight on a short-term basis to buy the right real estate,” said Gibbs.

At the end of the quarter, Summit had 23 Calgary properties with about three million square feet and occupancy was close to 100 per cent. Summit has 79 properties in Ontario, 48 in Alberta, 28 in Quebec, one in British Columbia and one in New Brunswick.

Summit said the latest deal is financed by the net proceeds from a $110 million bought deal equity offering, and cash on hand, generating a stabilized capitalization rate of approximately 4.3 per cent.

Summit said it has also entered into an agreement with a syndicate of underwriters led by BMO Capital Markets to sell, on a bought-deal basis, 5,270,000 units at $20.90 per unit, for gross proceeds of approximately $110 million.

In addition, Summit granted the underwriters an over-allotment option to purchase up to 790,500 additional units on the same terms up to 30 days after closing of the offering.

The REIT intends to use the net proceeds and cash on hand to fund the acquisition of the Logistics Centre with the balance, if any, to be used for general trust purposes.

Gibbs said Calgary is performing better right now than Edmonton, the two Alberta markets where Summit has a presence.

“Calgary really has evolved to be a distribution hub for Western Canada notwithstanding what some people’s views are on the broader market,” she said.

“We view it as the same demand drivers from an ecommerce perspective, particularly when you’ve got Vancouver (where) valuations are so high you see some optionality in Calgary as a more attractive pricing,” she said.

“We’re encouraged by that market and again, while we do feel we’re overweight, we’re happy to selectively acquire properties there.”

She said there is also a limited supply of large-format space in the market and larger buildings are highly sought after in the Calgary area.

Bronwyn Scrivens Commercial Market Trends Alberta Aug. 13 2021
M
Mario Toneguzzi Business reporter
Mario Toneguzzi, based in Calgary has 37 years of experience as a daily newspaper writer, columnist and editor. He worked for 35 years at the Calgary Herald covering sports, crime, politics, health, city and breaking news, and business. For 12 years as a business writer, his main beats were commercial and residential real estate, retail, small business and general economic news. He nows works on his own as a freelance writer and consultant in communications and media relations/training.