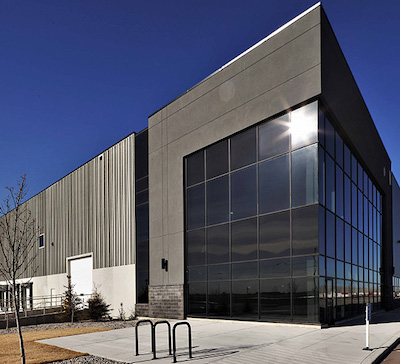 Skyline Commercial REIT continues to expand its industrial real estate portfolio in Calgary and has its eye on further acquisitions in the market.

The Guelph-based REIT has purchased a 498,618-square-foot distribution centre on 23.948 acres, with Canadian Tire as the sole tenant. The purchase price was $67 million for the property located at 6600 72nd Ave. S.E.

“We know the area. We’ve been looking a lot in this area. This particular facility was a pretty easy decision, though. It’s state of the art. It’s brand new,” said Michael Mackenzie, the president of Skyline Commercial REIT, adding it had purchased another nearby industrial property a few years ago.

He said the acquisition is aligned with the fund’s strategy to focus on locations and tenants that operate within the warehousing, distribution and logistics sector.

“It’s such a remarkable time. I was speaking with the lady who runs the West for Canadian Tire and her comment was, six months before doing this deal she didn’t know she needed 500,000 square feet. Things are moving that fast,” said Mackenzie.

The acquisition is described by Skyline in its announcement as a “best-in-class property” that was developed and leased through a joint venture between Hopewell Development and Montez Corporation. It includes internal clear heights of 36 feet and is equipped with 82 shipping doors.

The latest property acquisition is Skyline’s seventh in Calgary.

In the spring, it bought a four-property industrial portfolio for $132 million. The four properties included 11 buildings and total space of 1,177,202 square feet. They were previously owned by the Investment Management Corporation of Ontario.

The REIT now has a total of 11 properties in Alberta comprising just under 2.1 million square feet. Other properties are located in Vulcan, Drumheller, Olds, Ponoka and Stettler.

Skyline Commercial REIT comprises 88 properties in 34 communities in five provinces across Canada, with a total of 8,173,481 square feet of commercial space.

“In Calgary, the office sector has been taking it pretty hard with the oil issues and just generally, institutionally, Calgary has been looked at as at a low ebb of its cycle,” explained Mackenzie. “We look at Calgary a little differently.

“If you look more broadly at what we’ve done with the fund, we have been pursuing this warehousing, logistics, distribution focus – call us lucky or good – which is very much in line with what demand has been created through this whole e-commerce surge . . . Calgary is the fourth-largest industrial market in the country.

“It benefits from a number of factors, one of which is the Port of Vancouver with a lot of goods arriving there and it’s too expensive to warehouse them in Vancouver, so they are shipped to Calgary for warehousing.

“Calgary is a big trans-modal hub. You’ve got rail. There’s great connectivity. So we see Calgary as being the beneficiary of a lot of the trends that are currently driving demand for what we’re pursuing.”

He said the downside of Calgary is that there is more flexible supply. Vacancy is around six per cent. However, Mackenzie said the REIT believes it’s a market, relative to what’s going on elsewhere in the country, that is under-priced for this particular sector.

“We are continuing to look at Calgary,” he said.

Skyline Commercial REIT is a privately owned and managed portfolio of commercial properties, focused on acquiring industrial and logistics-centred properties along major highway corridors and transportation routes in Canada.

Skyline Commercial REIT, which was launched in 2012,  is operated and managed by Skyline Group Of Companies.

RENX Staff Commercial Development British Columbia Jul. 9 2021
M
Mario Toneguzzi Business reporter
Mario Toneguzzi, based in Calgary has 37 years of experience as a daily newspaper writer, columnist and editor. He worked for 35 years at the Calgary Herald covering sports, crime, politics, health, city and breaking news, and business. For 12 years as a business writer, his main beats were commercial and residential real estate, retail, small business and general economic news. He nows works on his own as a freelance writer and consultant in communications and media relations/training.