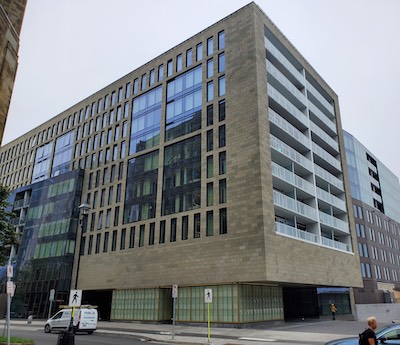 Atlantic Canada’s warehouse market remained robust, while the pandemic hasn’t impacted the office sector as much as some had feared, according to market surveys by Halifax real estate firm Turner Drake & Partners Ltd.

The surveys were conducted in May and June and are thought to be the most comprehensive ever in Atlantic Canada. Researchers collected rental, operating expense and vacancy data for 852 office and industrial buildings with an aggregate rentable area of more than 40 million square feet in the region’s six major cities.

While COVID-19 forced people to work at home and offices have been largely empty for the past 16 months, the consensus is most companies and employees will repopulate them as the pandemic wanes.

Three of the six major office markets saw demand recover from the reduced levels of 2020.

“Given the climate that we’re in post-pandemic, it was pleasantly surprising how some of the markets had fared,” Turner Drake & Partners economic intelligence unit manager Alexandra Baird Allen told RENX. “Overall, it seems like the Atlantic region has fared quite well.”

The industrial market has been strong during the pandemic. Five of the six cities saw increased demand for rental warehouse space, leading to increased average rents in most places.

“The warehouse sector has really boomed,” said Baird Allen. “It was on the upswing prior to the pandemic and certainly hasn’t been hurt by the economic conditions throughout the pandemic.

“We’ve seen increases in demand almost across the board throughout Atlantic Canada, with Fredericton being the exception — and they have a tiny warehouse market.”

Baird Allen shared the results of the surveys for each market with RENX and provided forecasts for the coming year.

Baird Allen said a class-B high-rise office building at 5670 Spring Garden Rd. was removed from the market. It’s being converted to a purpose-built apartment called The Muse to help meet soaring demand for that asset class.

Demand is expected to increase by about three per cent over the next year and outpace the new space that’s expected, including a new six-storey, 105,000-square-foot building from The Armour Group in Westway Park. Baird expects the vacancy rate to contract to the 13.5 to 14 per cent range.

“The combination of vacancies going down and new supply being added to the market should push the net rents up slightly in the near term,” she said.

“That was a lateral move and other demand seems to have somewhat made up for their exit,” said Baird Allen. 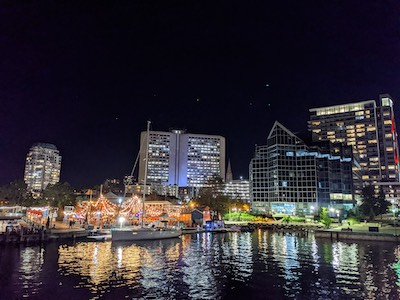 Halifax, by far the largest supplier of rental warehouse space in the region, experienced a 5.8 per cent increase in demand. Its vacancy rate dropped from 8.8 per cent to 6.3 per cent and average net rents rose 5.8 per cent to $8.52 per square foot.

“We’re expecting an increase in demand in the year ahead that will be just over three per cent,” said Baird Allen. “That will push it to the point where it should spur on new construction.”

The big news in the Halifax industrial sector is KingSett Capital putting a 15-property, 1.1-million-square-foot industrial portfolio on the market via CBRE. Fourteen of the assets are in Halifax and the other is in Moncton. The portfolio is 98.6 per cent leased, has a weighted average in-place net rent of $6.93 per square foot and has a 3.1-year weighted average lease term.

The properties represent a portion of Dream Industrial REIT’s former 38-property, 2.8-million-square-foot Eastern Canada portfolio, sold to KingSett for $271 million two years ago. The portfolio is concentrated primarily in the Burnside Industrial Park, the largest industrial cluster east of Montréal and north of Boston.

Baird Allen said the Moncton office market has been healthy. She expects demand to go up four per cent and the vacancy rate to drop to just over 11 per cent over the next year.

Moncton had increased demand and new supply and is now in a lag period, so vacancy increased, but Baird Allen expects that to be brief because Moncton is a strong warehouse market. Demand is expected to increase by 3.8 per cent, which Baird Allen said should push the vacancy rate down to around 13.7 per cent.

“Wherever you see decreasing vacancy accompanied by new supply, you can probably expect to find some upward momentum in rental rates,” said Baird Allen.

An exodus of businesses from downtown, including ExxonMobil leaving leased office space on New Gower Street for a building it acquired on Hebron Way in the east end of St. John’s, contributed to increased downtown vacancy.

“They’ve also had a pretty significant amount of new supply that’s come to market in the last few years,” said Baird Allen. “There’s a little bit more supply that’s still underway and expected to come on stream over the next year, so we are expecting that’s going to drive the vacancy rate up further in the year ahead.”

Baird Allen expects a three per cent drop in demand, which could push the vacancy rate up to 27.5 per cent and lead to some declines in net rents.

Baird Allen anticipates increased demand of about four per cent and for the vacancy rate to drop from 13.7 per cent to around 10 per cent.

“Saint John is more of an industrial-based economy and has a higher proportion of owner-occupied office space because a lot of the economy revolves around the Irving Group of Companies that tend to have owner-occupied space,” said Baird Allen.

“They built a brand new owner-occupied building downtown a few years ago that took some of the demand from some of the rental space.”

Baird Allen also noted Saint John has urban malls built in the 1960s and since converted to office space due to decreased demand for that type of retail.

Saint John, also primarily an owner-occupied warehouse market, had the biggest increase in demand in Atlantic Canada at 24.4 per cent. The vacancy rate dropped to 15.3 per cent from 17.3 per cent. The average net rent dipped by 0.2 per cent to $8.15 per square foot.

Baird Allen said one previously owner-occupied industrial building was added to the rental market, leading to an increase in supply. She expects a further seven per cent increase in demand, which should reduce the vacancy rate to about nine per cent.

Baird Allen said some office space has recently come on to the market, including 140 Carleton downtown and Cyber Centre at Knowledge Park. Office demand should rise, but not enough to keep up with new supply, so Baird Allen thinks the vacancy rate could creep up a bit. Net rents, though, shouldn’t be negatively impacted.

Fredericton was the only city of the six to experience a drop in warehouse demand, slipping by 0.8 per cent. The vacancy rate remained low at 4.1 per cent, but that was up from 3.4 per cent last year. Average net rents fell one per cent to $6.86 per square foot.

An industrial park just outside Fredericton wasn’t included in the survey, but Baird Allen said it serves as competition for the market. She anticipates a nearly three per cent increase in demand.

“Fredericton is at the level where the vacancy rate is so low that you might actually see some new supply come to market,” she added.

Office demand in Charlottetown rebounded from a 0.5 per cent decline in 2020 to grow 2.9 per cent this year. The Prince Edward Island capital had the lowest vacancy rate of the six markets at 7.5 per cent, down from 8.5 per cent a year earlier. It had the largest increase and second-highest rental rate, increasing by 4.4 per cent to $16.27 per square foot.

Vacancy has declined steadily since topping 16 per cent in 2016. Baird Allen noted some office spaces have undergone major renovations over the last few years and those desirable locations have reduced the vacancy rate.

Baird Allen anticipates a three per cent increase in demand so the vacancy rate could drop to about five per cent, which could spur construction of new supply.

The average warehouse net rent rose by nine per cent to $10.66 per square foot. Demand grew by 2.6 per cent and the vacancy rate fell from 6.2 per cent to 3.8 per cent.

“That should be at the level where you may start to see more warehouse being added to the market,” said Baird Allen. “It will be an on-demand type of thing. I don’t think there will be much speculative addition to supply.”

An increase in demand of less than one per cent is expected over the next year.

Steve McLean Commercial Downtown Atlantic Canada Feb. 2 2021
Steve McLean Business reporter
Steve is a veteran writer, reporter, editor and communications specialist whose work has appeared in a wide variety of print and online outlets. He’s the author of the book Hot Canadian Bands and has taught reporting to college students. He is based in Toronto.